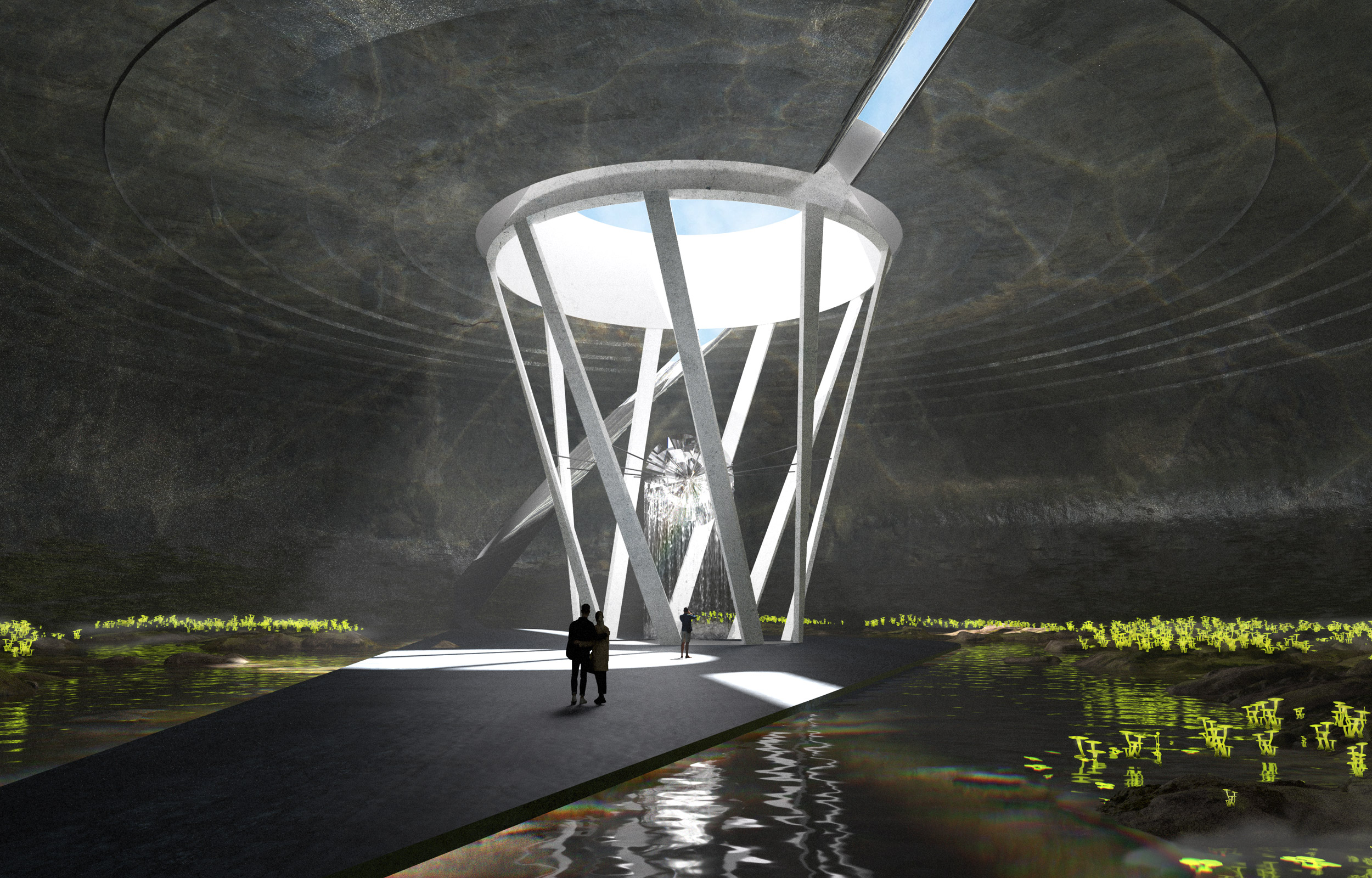 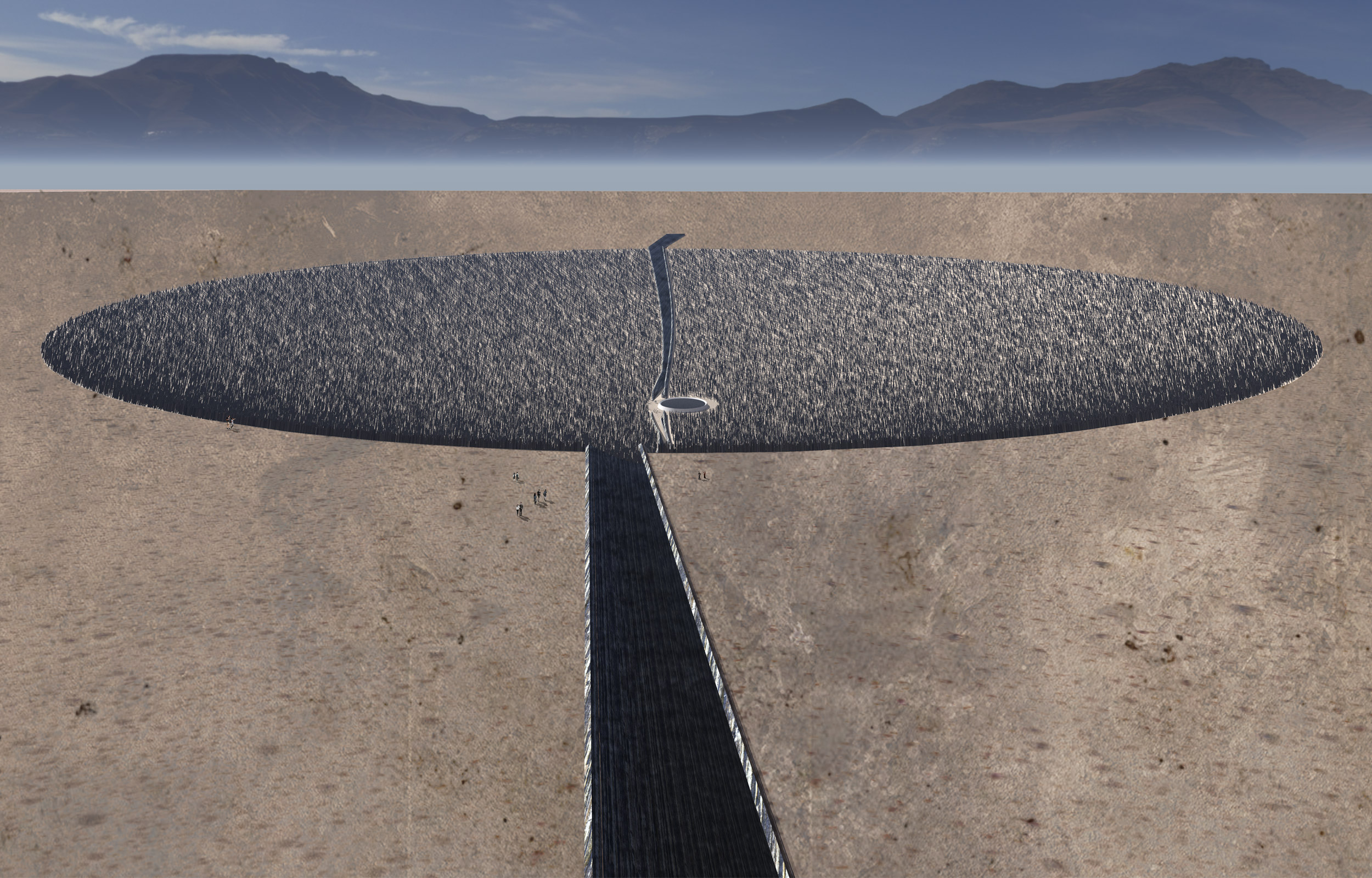 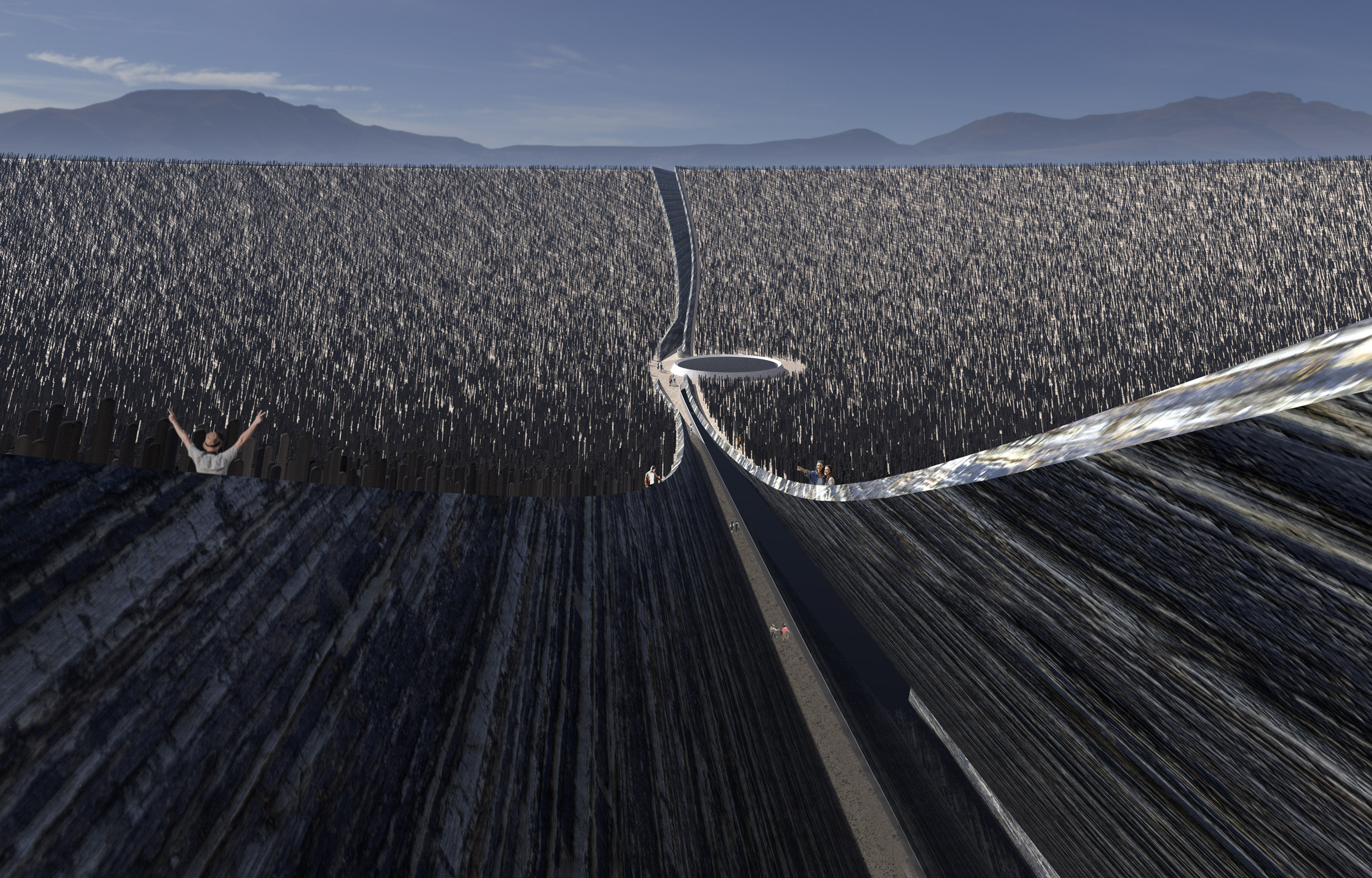 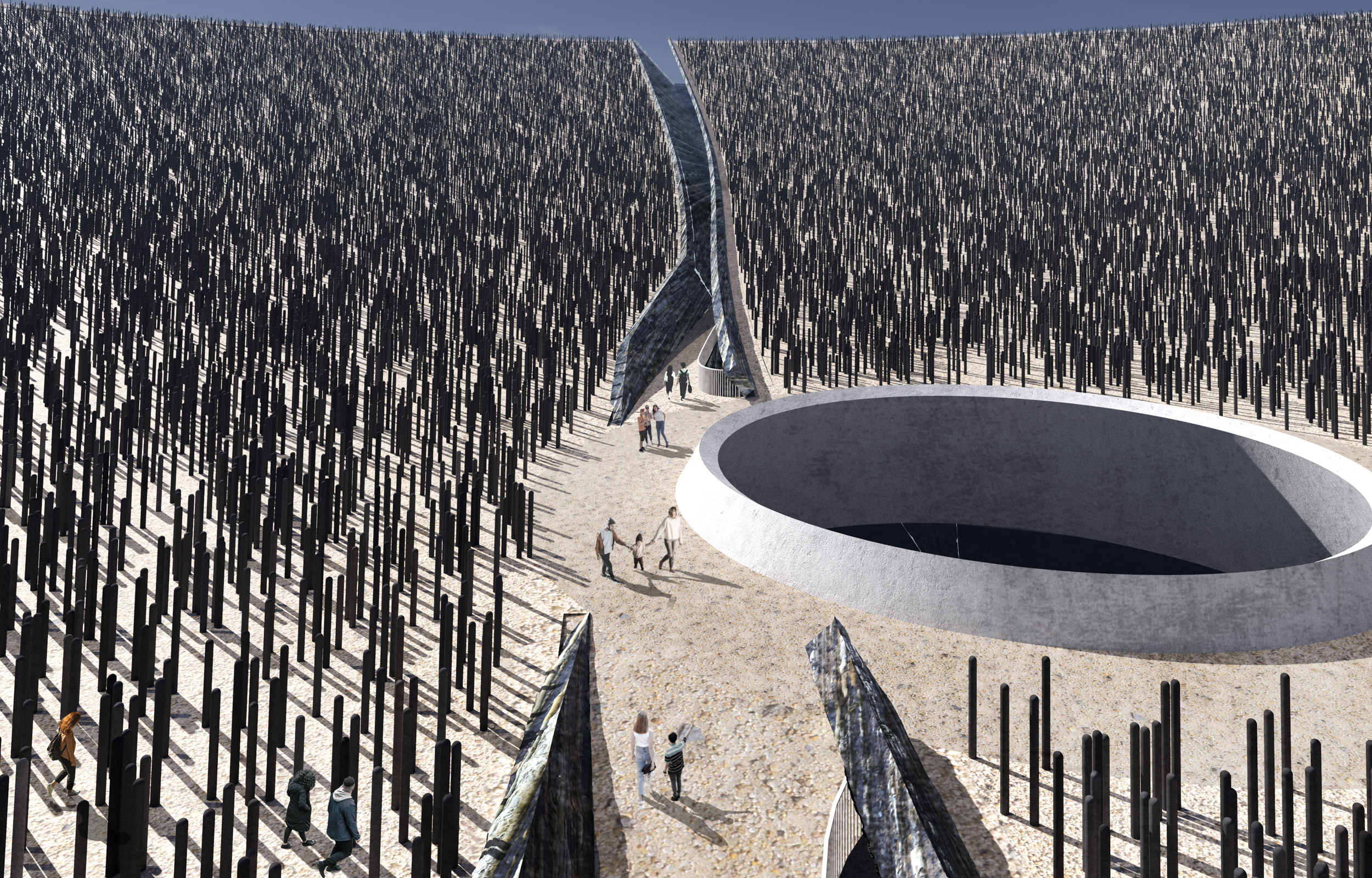 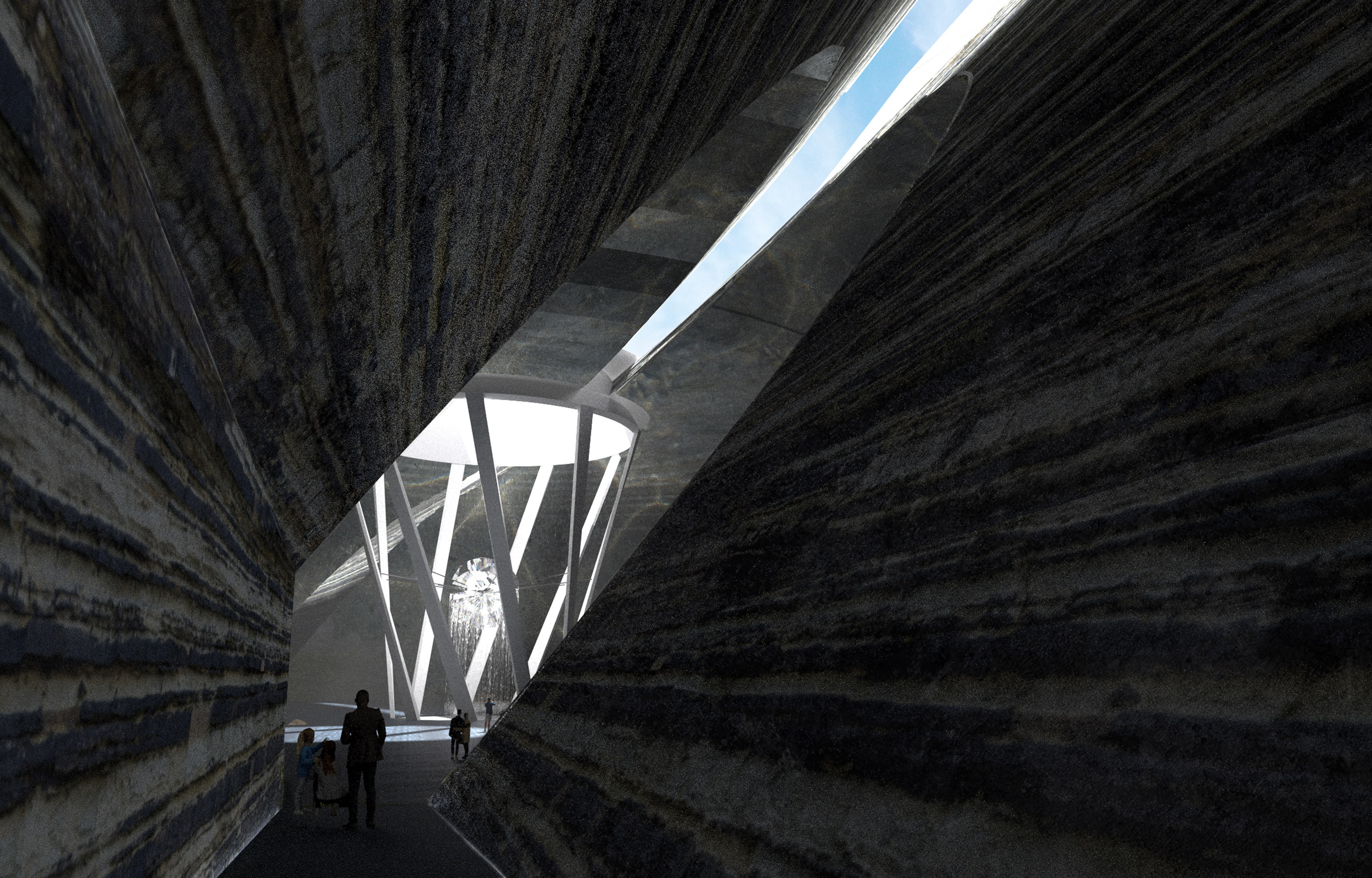 In 2017, on the 75th anniversary of the bombings of Nagasaki and Hiroshima that killed potentially upwards of 200,000 people, the United Nations Treaty on the Prohibition of Nuclear Weapons was adopted. In 2021, a call was put out by the architecture competition organizer Bee Breeders for a conceptual memorial to honor the victims and serve as a monument to the impact nuclear weapons have had on the world ever since.

The Promethean Ring consists of a large hollowed out bowl in the New Mexico desert reminiscent of a bomb crater, cut by a long crack in the earth which visitors may descend to discover a hidden vault of water, vegetation, and light. The path through the memorial makes tangible the immense violence as well as the complicated inheritance of simultaneous fear and peace created by this technology. Like Prometheus stealing fire from the gods, nuclear technology has created our most terrible weapon, instilled a long lasting yet uneasy global peace, and provided the most efficient power source since the sun itself. 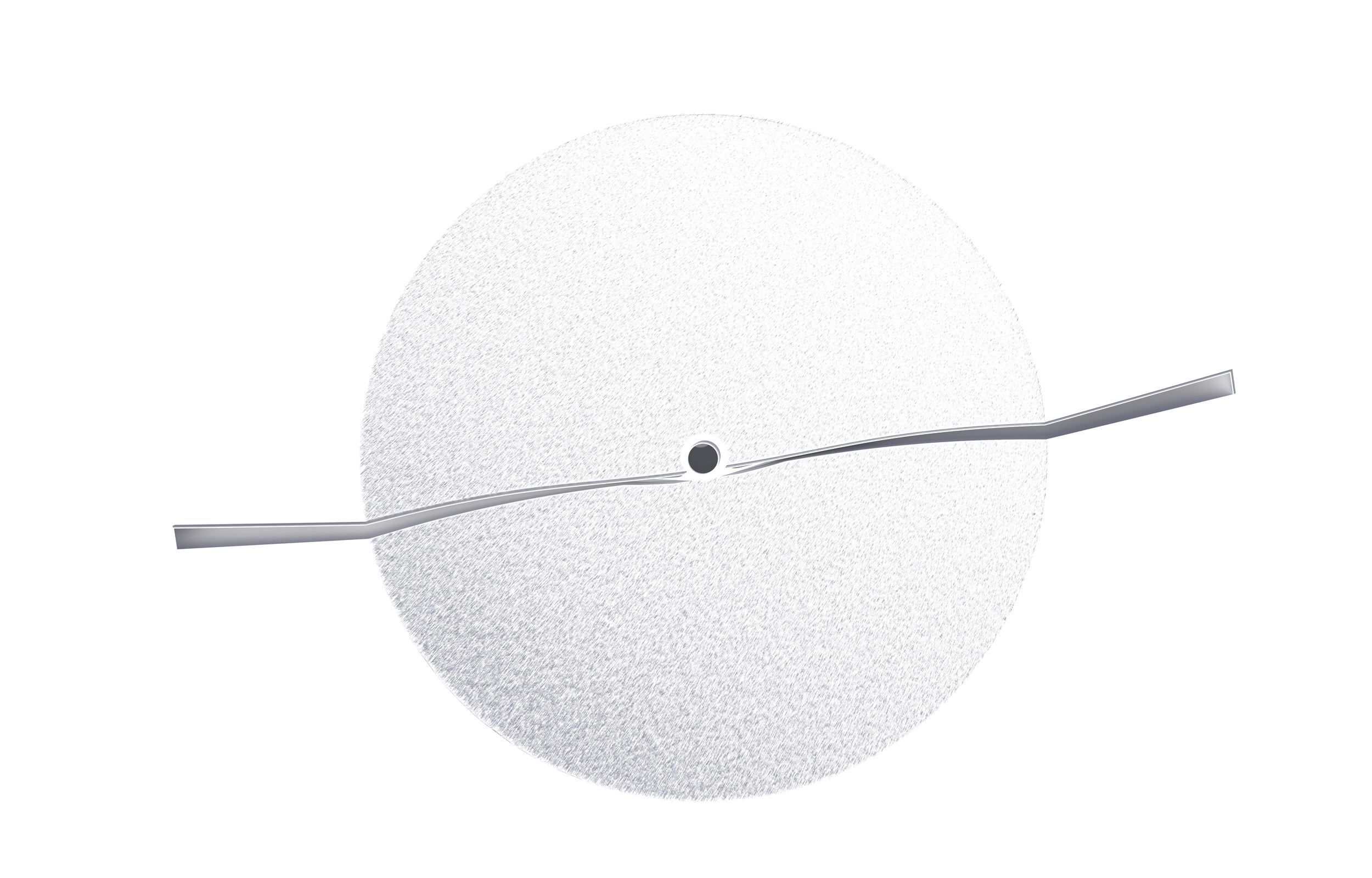 The memorial gives a human scale to the immense scope of destruction with a series of 200,000 charred wood posts ranging in height from 3’ to 6’, the height range of an average child or adult. Visitors pass through this seemingly endless field of posts in order to reach the center oculus and slice. The narrow path through the slice then leads to a hidden vault unexpectedly filled with water and glowing mushrooms. The entire vault is supported by a series of seemingly unstable columns centered around a lit sphere from which water continually flows.

The form of the slice is generated by the path of the sun between August 6th and August 9th, the anniversaries of the bombings at Hiroshima and Nagasaki. On these days the center sphere remains in constant sunlight which reflects into the vault. The final impression is one of rebirth after destruction. 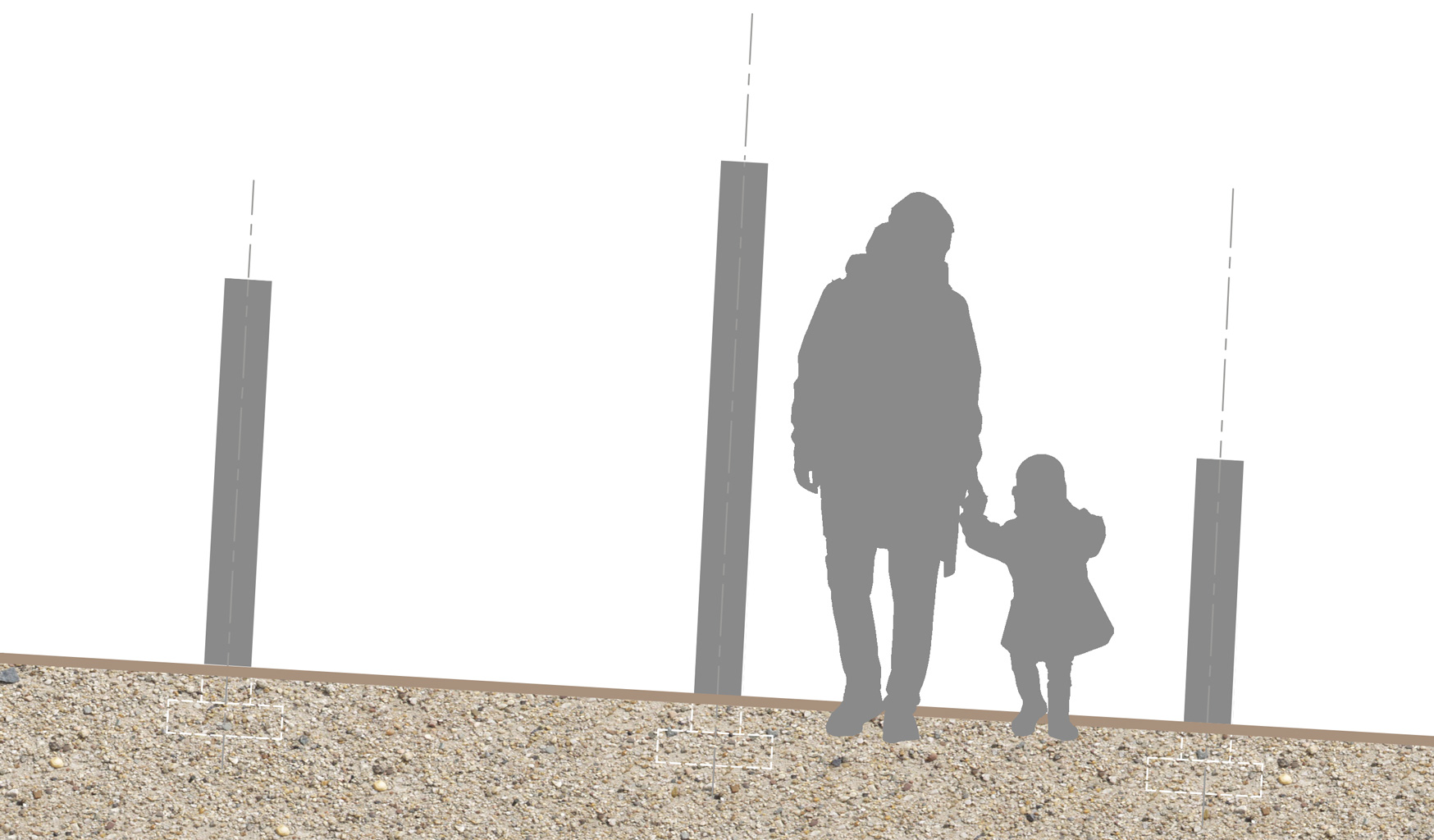